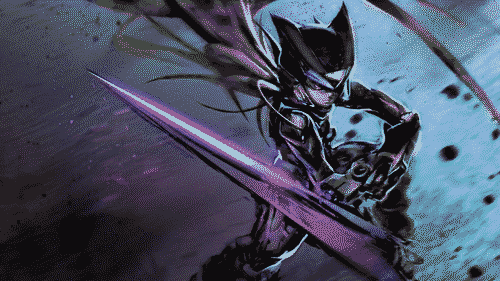 This is a recolor of wallpaper I found on WallHaven featuring Zero's OG endgame colorscheme of black armor and purple sabre. 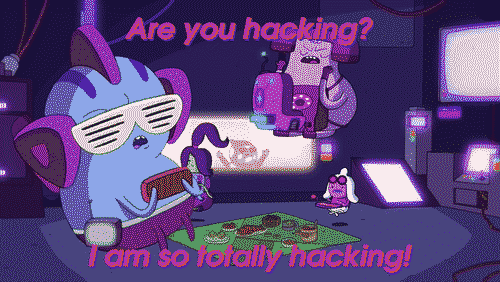 A composite screenshot of one of my all-time favorite scenes from the cartoon Bravest Warriors, edited with some vaporwave-y text.

If You See The Budha, Kill Him [wallpaper version] 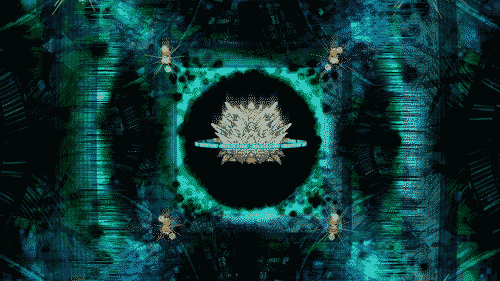 This is the widescreen wallpaper version of my first digital mandala. It represents eternal vigilance and the practice of mindfulness. 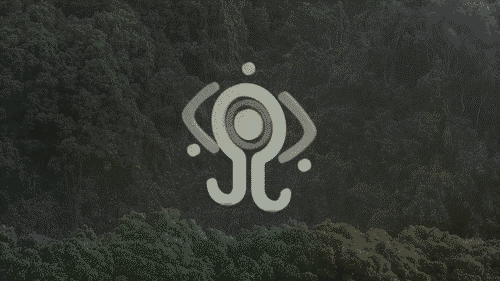 A wallpaper taking a 3D render of the Navi symbol from Serial Experiments: Lain and opposing its computational significance with a dense backgorund of tree canopies, rounded out with some scanlines and a subtle plasma effect. 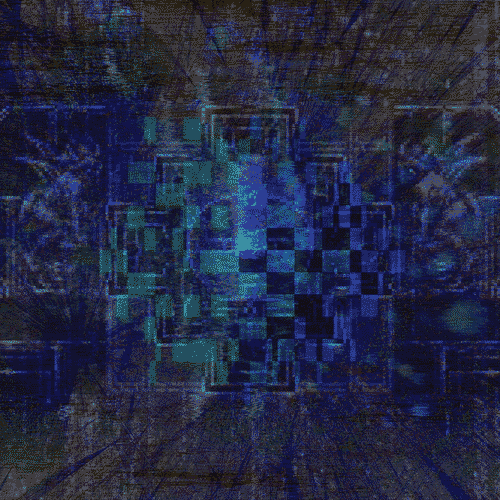 A digital mandala inspired by love -- I made it for my wife on her 24th birthday. Fun fact, that is a graph of the internet in the background. 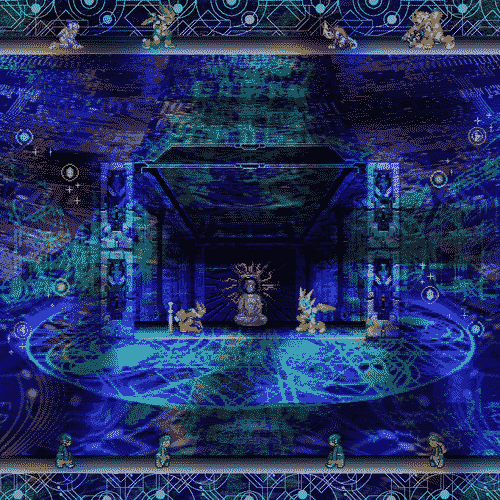 A digital mandala featuring MegaMan Zero sprites and MegaMan X assets, it represents the cessation of conflict and inner peace. 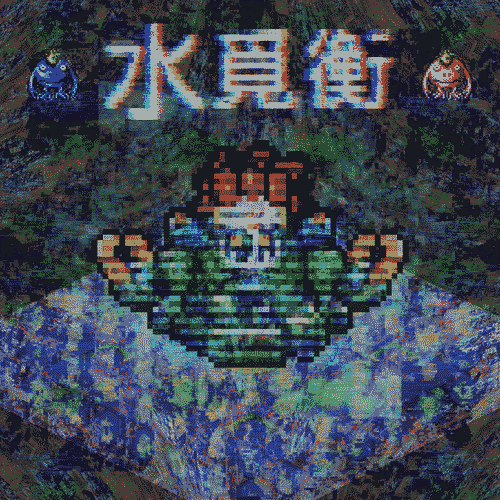 The Kanji reads "Water seeks equilibrium;" As the Tao seeks the low places other disdain, so does Junkman -- so does the diamond feral buddha.

If You See The Buddha, Kill Him 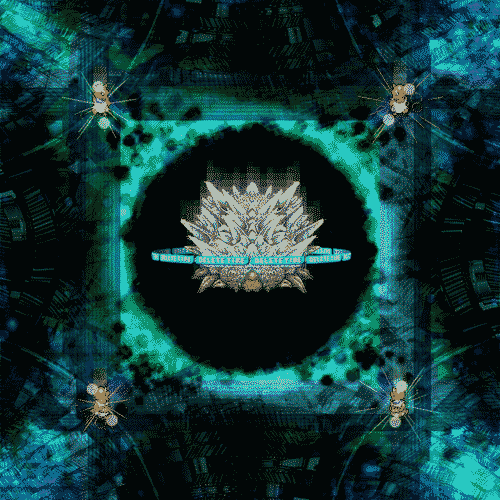 This digital mandala started the series, using Chrono Trigger and various MegaMan sprites and a fractal-mapped automatic transmission, it represents eternal vigilance and the practice of mindfulness. 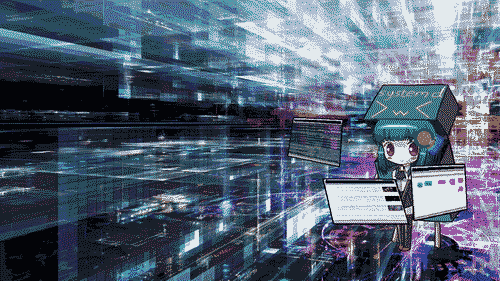 This was a fun wallpaper I made based on a classic rendition of Windows95-tan, remixed into a silly personification of the Linux kernel and some of its common paraphernalia. 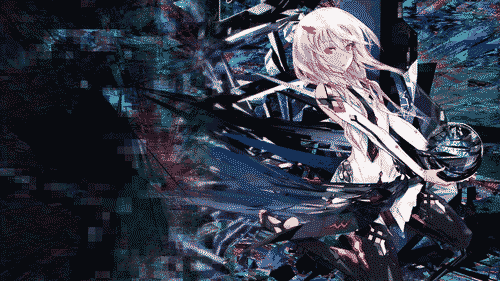 Wallpaper I made for my old laptop which was named Valkyrie, it features official art of Inori from the anime Guilty Crown. 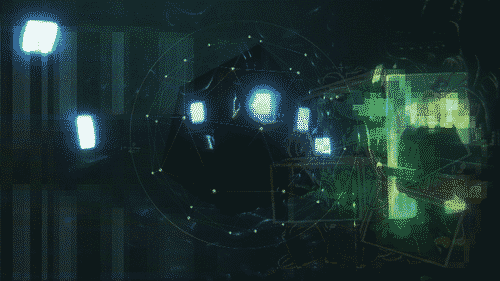 Inspired by Serial Experiments: Lain this wallpaper represents her somehow conflicting desires for freedom and communication. 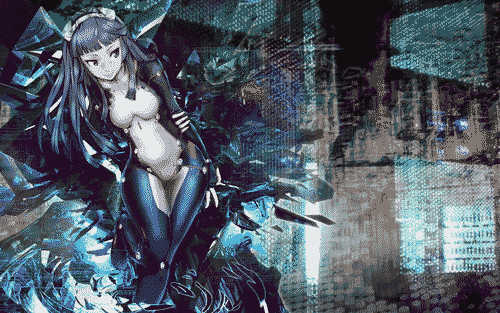 I made this wallpaper for my old Phenom II machine (still my favorite of the desktop computers I've owned) which was named Tsugumi.

This piece was my first foray into cyberspiritual imagery, inspired by a passage from the Brahma Net Sutra. 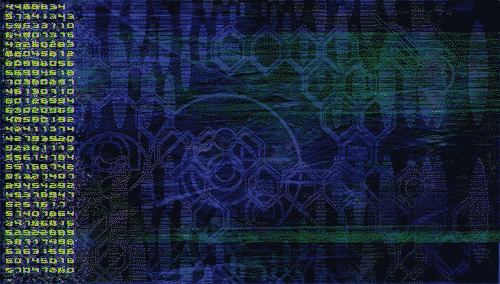 This wallpaper emerged from a desire for a more authentic "cyberpunk" feel.

Where the Cyber Elves Dwell 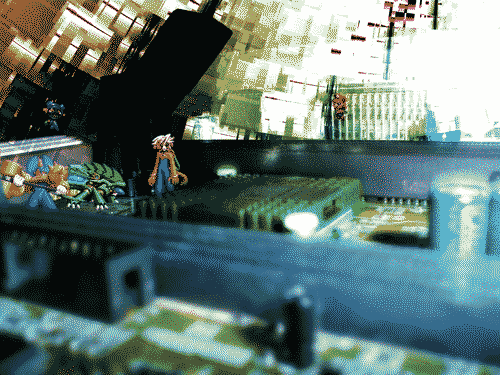 Using Capcom vs SNK sprites of the MegaMan Zero franchise's Cyber Elves, this wallpaper was a fun experiment in combining photography with sprites and abstract art to make a cohesive piece.

If MISSINGNO Was a DJ 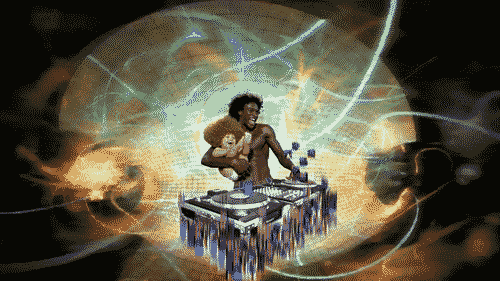 Just look at it and understand :) 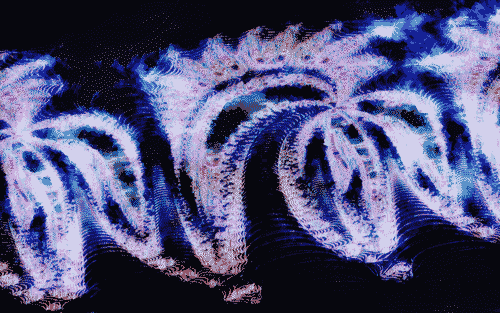 My favorite of the experiments I produced with Xaos, the columns in this piece remind me of Gyarados, which I had taken to naming Jazz in my Pokemon playthroughs. 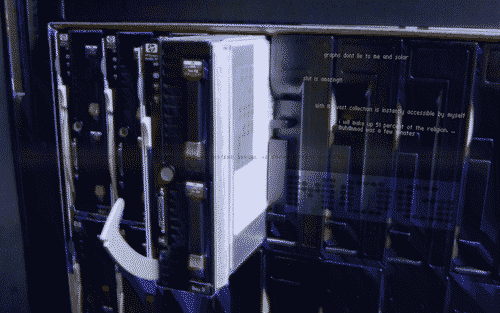 Mog was a bot on our old IRC channel, and said all sorts of whacky things in between Uno games.