uStrat is nearing a playable state, and a post going into the details of the gameplay and code will be coming soon, but for the moment I have some new themes to share!

•urchin is a simple openbox theme with Mac OSX inspiration and unique button colors. Close is magenta, minimize is grey, maximize is green, shade/roll-up is turquoise, and sticky is blue. Toggled buttons are bright turquoise. As you can see in the screenshot, this theme plays very nice with the rounded corners patch for openbox.

•steppenwolf-dark is a dark variant of the steppenwolf gtk2/3 theme, with some additional variations to increase the contrast and style points: thin high-contrast scrollbars and rounded-corner buttons with a nice border around them. Other than those changes, and the same dark menus, tooltips, and notifications, this theme looks and behaves like an inversion of the regular steppenwolf theme.

More on uStrat as its release approaches! Cheers!


Big changes this summer for me. My son was born June 26 -- welcome to the universe, Zia!

I graduated from UC Davis in June as well. With all this comes a shift in my work; Done with UCD, my contract as an IT Technician is up too. The past few weeks have been Zia-dominated, but I have been able to push some code here and there.

* steppenwolf has seen a couple updates. GTK3 menu overflow arrows are fixed, and thunar pathbar buttons are packed properly.
* Source for my django apps (dice, and checklist) are published now; Nothing terribly exciting but no reason to keep it secret.
* uStrat is starting to take shape; Progress on the AI for enemy behavior has been stalled with Zia taking our undivided attention, but will continue when time permits. As of now, the CPU can build structures and units in a mostly coherent fashion.

The above screenshots show them in action. The steppenwolf theme is based on OneStepBack by Jean-Pierre Bucciol. It features dark menus, tooltips, and notifications, as well as a turquoise hilight color. The oldschool skeuomorphic widget style offers visibility, intuitive usage, and low resource consumption.

fotonix is a simple openbox and xfwm4 theme made from scratch. The openbox version offers menus, dock, and OSD in similar style to the GTK theme's darker elements (the GTK theme came later, but that's neither here nor there). The xfwm4 version is a limited approximation of the openbox version.

Together, these two themes offer a consistent, good-looking, and usable interface for any X11-powered desktop. In the screenshots, you can see I also use compton to (among other things) give the menus, dock, tooltips, and window borders an 85% opacity for that modern glassy effect. I'm using the wonderful papirus icons as well. Other elements of the setup seen above are wmclock, wmmon, wmsystray, and plank. The font is "lucida". I took a lot of inspiration from the NeXTSTEP aesthetic/workflow.

Feel free to use and modify these themes to your heart's content. fotonix is under a 2-clause BSD license while steppenwolf is under the GNU Public License v3. These themes can be installed by cloning the git repositories directly into ~/.themes/ or /usr/share/themes/.

Wrastlin with some tile-based map generation for my next project...

Back from the dead; Have some KatbugJS! 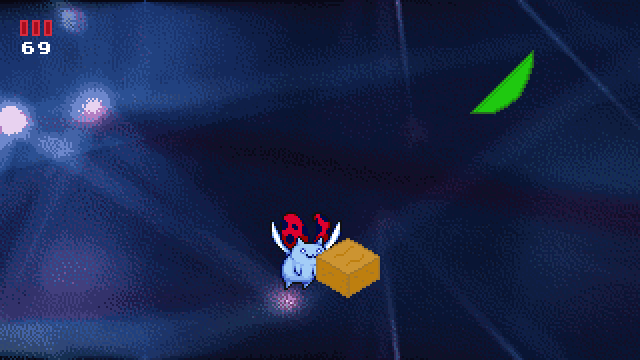 After unforseen problems with the other server, we're back on old reliable; and with presents: addicting Catbug action in your browser!

I ported Catbug: in the see-through zone! (originally in C with the SDL library) to javascript. Part of it was to hone my javascript skills, and part of it was to make the game more accessible. Of course if anyone wants to compile the original version for Windows and OSX, be my guest.

The javascript version features touch controls in addition to the keyboard controls. The touch controls are available if the program is able to deduce you're on mobile based on your browser's user-agent string. They have a couple caveats: 1) they don't quell the browser's default scrolling behavior if you move your finger on the buttons, and 2) you might bring up iOS's copy/paste dialogue if you hold a button down on iOS. If you want to help me improve the controls, please do commit to the git repository.

If you want to have Catbug action with you even in a network outage, you can download the game to your device and open the index.html in your browser. The only caveat there is unless you start an http server and point your browser to the game through localhost instead of file:///, the custom font won't load.

In any case, enjoy!